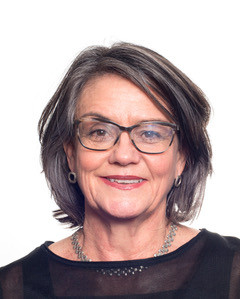 Dr. Alison Gillwald is the Executive Director of Research ICT Africa (RIA) an African digital policy and regulatory think-tank that works across 20 African countries. As adjunct- professor at the University of Cape Town’s Graduate School of Development, Policy and Practice she supervises doctoral students undertaking transdisciplinary research in digital governance, policy and regulation. A former regulator she was appointed to the founding Council of the South African Telecommunications Regulatory Authority (SATRA) in 1997, having headed the policy department at the first broadcasting regulator, the Independent Broadcasting Authority established in 1994. She was appointed chairperson of the South African National Digital Migration Advisory Body in 2001; the board of the public broadcaster, the South African Broadcasting Corporation in 2004; and as deputy-chairperson of the National Broadband Advisory Council 2014.She also served on the first ITU Gender Task Force in 1999 and to the Internet Corporation for Assigned Names and Numbers (ICANN) President’s Strategy Panel on Multistakeholder Innovation 2013. She has provided technical assistance to African policy makers, regulators through RIA and multilateral agencies such as the International Telecommunications Union, the Commonwealth Telecommunications Organisation, the World Bank and the African Development Bank. She has provided expert assistance to the South African Presidency, the Competition Commission and the Independent Communications Authority of South Africa and undertaken capacity building across Africa and in Asia and Latin America. See www.researchICTafrica.net for publications.