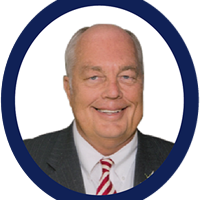 Dr. Leif Rosenberger’s specialty is connecting economics and security. An Adjunct Professor of Economics in the Strategic Studies Institute at the US Army War College, he served as a practitioner, scholar and educator in the US government for 35 years before retiring. His last assignment was Chief Economist at US Central Command (CENTCOM) in Tampa, Florida. Before that he held a similar position as the Chief Economist at the US Pacific Command (PACOM) in Hawaii from 1998 to 2008. He previously worked at the U.S. Army War College (USAWC) from 1986 to 1998 where he rose to the position of Full Professor of Economics and was a prolific writer in the Strategic Studies Institute where he held the General Douglas MacArthur Academic Chair of Research. Dr. Rosenberger holds a B.A. with honors from Harvard University; an M.A. from Boston University; and a Ph.D. in International Relations from Claremont Graduate School, where he held the Merit Fellowship as the top ranking student.