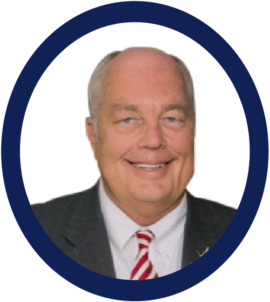 Dr. Leif Rosenberger is an Adjunct Professor of Economics in the Strategic Studies Institute at the US Army War College. He served as a practitioner, scholar and educator in the US government for 35 years before retiring in March of 2016. His specialty is connecting economics and security. His last assignment was Chief Economist at US Central Command (CENTCOM) in Tampa, Florida from 2008-2016. Before that he held a similar position as the Chief Economist at the US Pacific Command (PACOM) in Hawaii from 1998 to 2008. He previously worked at the U.S. Army War College (USAWC) from 1986 to 1998 where he rose to the position of Full Professor of Economics and was a prolific writer in the Strategic Studies Institute where he held the General Douglas MacArthur Academic Chair of Research. Dr. Rosenberger began his government career in the US intelligence community, working first as a political analyst at the Central Intelligence Agency (CIA) and later as a Defense Economist at the Defense Intelligence Agency (DIA). At CIA and DIA, he was a pioneer in tracking terrorist financing after the anti-US bombings in Beirut in 1983. He ran the 24-hour alert center on counterterrorism in the Pentagon and was the first U.S. analyst to expose external financial support to the Philippine New People’s Army. At PACOM, he authored two books on Asian economies that received the highest 5-star ratings from the Australian National University. Admiral William Fallon brought Dr. Rosenberger with him when Admiral Fallon went from being the PACOM Commander to being the CENTCOM Commander. At CENTCOM, Dr. Rosenberger was a policy entrepreneur, initiating the New Silk Road Initiative, which transformed U.S. economic policy in Afghanistan. Admiral Jeffrey Harley appointed him as Chief of the New Silk Road Task Force, a 1-star equivalent position. US Secretary of State Hillary Clinton turned his New Silk Road Initiative into official U.S. policy. Dr. Rosenberger was also an accomplished educator. He taught the core curriculum and international economics at USAWC. He taught International Business in the Executive MBA Program at the University of Hawaii in 2006 and received the highest student evaluation. He spent his sabbatical year of 1997 as a Visiting Scholar on Economic Faculty at Harvard University, funded by a U.S. Secretary of the Army Research & Study Fellowship. He has received numerous awards along the way. He was twice chosen as US Federal Employee of the Year and twice chosen as Professional of the Year at PACOM. General David Petraeus awarded him the Joint Civilian Service Commendation Medal. Admiral Fallon awarded him the Chairman Joint Chiefs of Staff Joint Meritorious Civilian Service Medal. He won four faculty writing awards at USAWC. In 2008, Access Asia ranked him its top expert out of 700 specialists on Asian economies. Dr. Rosenberger left the US government at the top of his game. His last two years of US government service, he wrote 20 Economic Strategy Papers for the Combined Strategic Analysis Group at CENTCOM. At the time of his retirement from the US government, he received the prestigious Chairman of the US Joint Chiefs Distinguished Civilian Service Medal. Dr. Rosenberger graduated from USAWC in 1989 and won the student writing award. He holds a B.A. with honors from Harvard University; an M.A. from Boston University; and a Ph.D. in International Relations from Claremont Graduate School, where he held the Merit Fellowship as the top ranking student. He also passed five doctoral exam fields in international economics, international politics, and U.S., Soviet, and Chinese foreign policies.