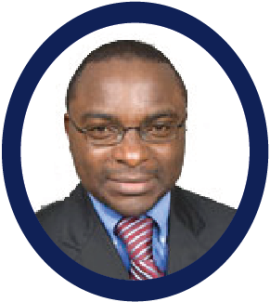 Dr. Roland Pongou is Associate Professor of Economics at the University of Ottawa. He specializes in political economy, network economics, and demography. His research focuses on the analysis of how formal and informal institutions (including social norms and cultures) determine economic outcomes. Some of the topics covered by his research include the formation of “infidelity networks” and HIV/AIDS spread, human capital accumulation, the competing economic impacts of the slave trade and missionary activity in Africa, the effect of social media on political cycles and instability, and the economic consequences of tactical voting in democracies. He saw first-hand the devastating effects of HIV/AIDS in his native Cameroon; Dr. Pongou’s research examines ongoing discussions and development of new approaches toward reducing the spread of HIV/AIDS in Africa. Professor Pongou’s research has earned national and international recognition. He received the 2013 Polanyi Prize for Economic Science from the Government of Ontario and the 2014 Young Researcher of the Year Award of the University of Ottawa. He was a visiting scholar at the Massachusetts Institute of Technology and the University of Oxford. He also won the prestigious Bell Fellowship at Harvard University. Dr. Pongou holds a PhD in Economics from Brown University in Rhode Island. He also holds degrees in Mathematics and Demography.